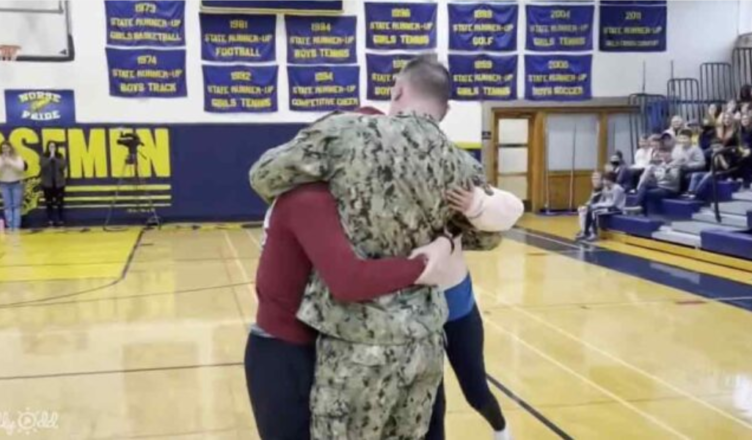 If you or a loved one is a member of the US military, you are aware that service may require extended periods of time away from home. Jonathan Hill, a First Class Boatswain’s Mate, has been away from home for 365 days.

Luckily, Jonathan’s separation from his family was about to end. And he planned to make a spectacular entrance for his two kids.

Landon, 15, and Jaliya, 8, were instructed to join the other students at North Muskegon High School in the gym. They were unaware that their father was the assembly’s special guest. 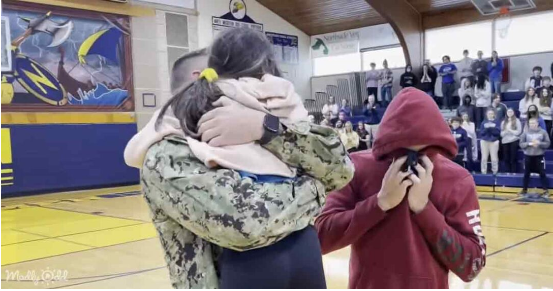 Jonathan walked around the hallways while suffering from jet lag and exhaustion after his trips from his base in Bahrain to London and Detroit Metro. The most nerve-wracking part of arriving was waiting to enter the gym after the flight.

This unexpected pre-spring break gathering had been planned for a month. North Muskegon High School teachers had kept this gathering a secret, but the information was now public.

Jonathan’s anxiousness vanished as soon as he entered the packed gym. Landon and Jaliya started crying and rushed into their father’s arms. The others in the room began to cheer for them.

It was an important turning point for Jonathan, one he had been anticipating for a while. The best feeling I’ve had in a year, according to Jonathan, was coming close to being attacked by my son.