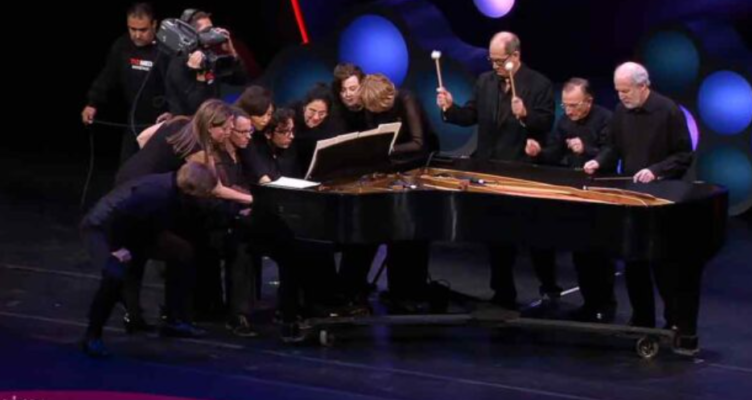 Imagine the imaginative symphony of a dozen fascinating pianists if two hands can make a piano sing. This clip from a TEDMED performance, performed by the Washington Conservatory of Music, is an outstanding illustration of musical collaboration.

One pianist is seated at a grand piano as the performance begins. Many pianists line up behind him and keep taking turns, playing a few notes in rhythm and slipping off the piano bench after playing an amazing opening phrase to set the tone.

The twelve musicians are dressed entirely in black. They all enter the stage and start playing the piano with many hands. To add to the music, they lean over one another.

Some pianists use mallets to hammer the piano’s strings. At least 16 hands are active at once. The music is flawlessly played, and the spectacle is pretty impressive. 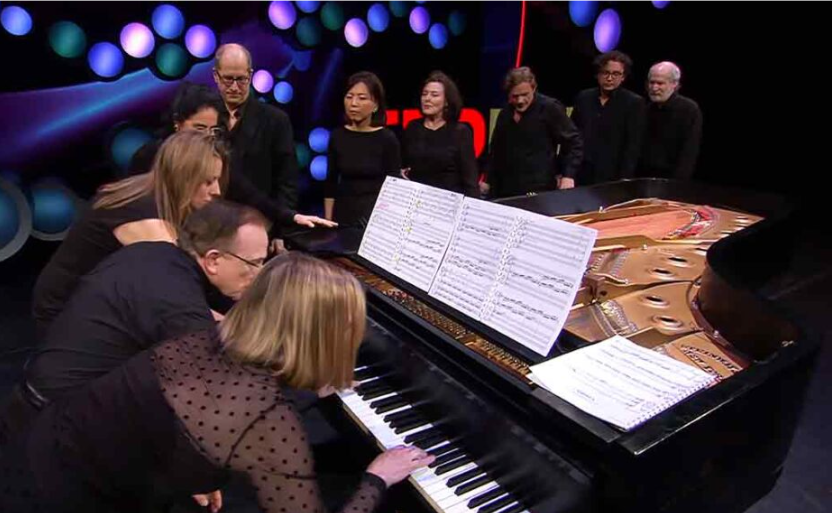 When waiting for their turn, some of the piano performers act and dance, adding to the show. Their charm and antics are entertaining as a few members perform long solos.

There is an outstanding part where all twelve pianists follow each other rhythmically as they run a scale up the piano. Then, when the piano keys begin to descend, they begin to make erratic noises that lead to the conclusion.

All fingers from all pianists are playing the notes, hitting the strings with mallets, and plucking the strings as the song intensifies. The amazing performance, which lasts for more than five minutes, is the epitome of musical excellence.