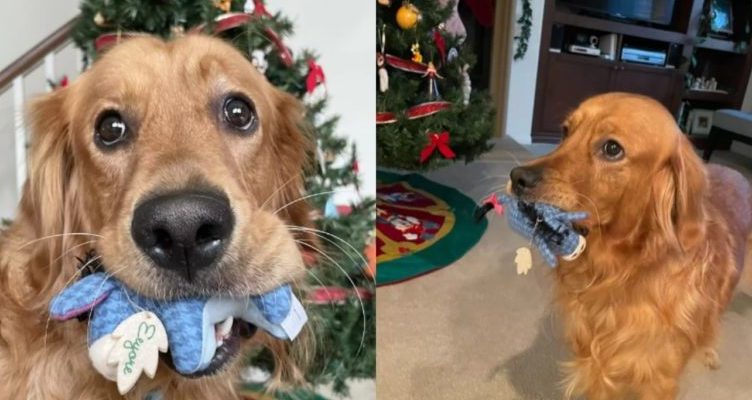 Toys of all kinds have always been Ryder’s favorite. Despite his quiet and loving demeanor, he loves to spend time with his little friends.

Every year when his family puts up a Christmas tree, Ryder is a little surprised to see perfectly nice toys on it. But almost always, up until he met Eeyore, he left them alone. 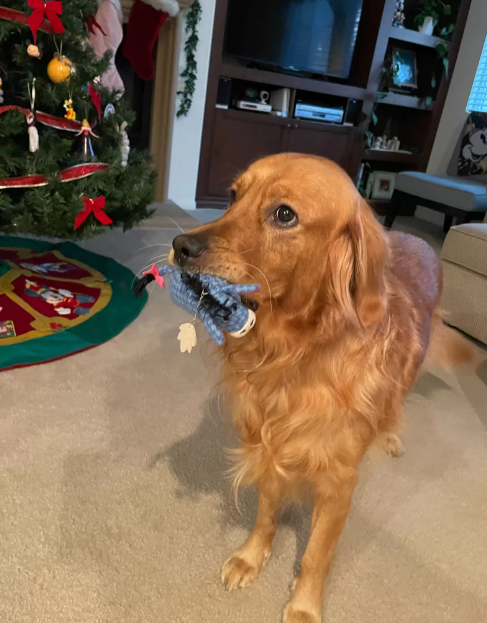 Ryder initially noticed Eeyore on the tree previous Christmas, but this year he grew fixated with it, according to Lauren Chang, a family member who talked with The Dodo.

Ryder prefers Eeyore to each and every tree decoration. Last year, he was content to simply observe Eeyore from a distance, but this year, he deepened their bond.

When his family is away, Ryder sneaks over to the tree and, wanting to spend time with his best buddy, gently lowers Eeyore. 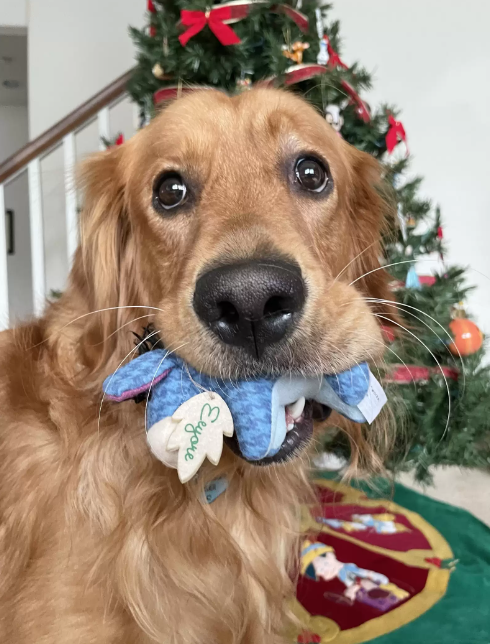 He simply keeps it in his mouth when he snatches it, or he takes it to his bed or couch to have a nap with it, according to Chang. He has only ever taken Eeyore, even though there are other identical plush ornaments on the tree.

For Ryder, Eeyore holds a special place in his heart. Even though his family usually places him back on the tree, he cherishes each and every second he gets to spend with his little Christmas friend.

We don’t always take it away from him immediately, according to Chang, and “occasionally he gets to sleep with it.” 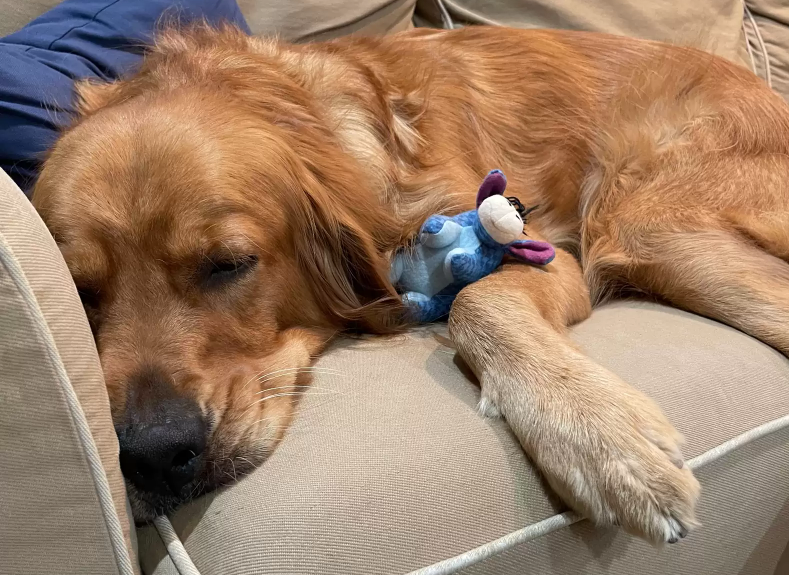 Ryder thought that Eeyore was special this Christmas, and his family is curious to see if he would turn his affection for the ornament into a seasonal ritual.