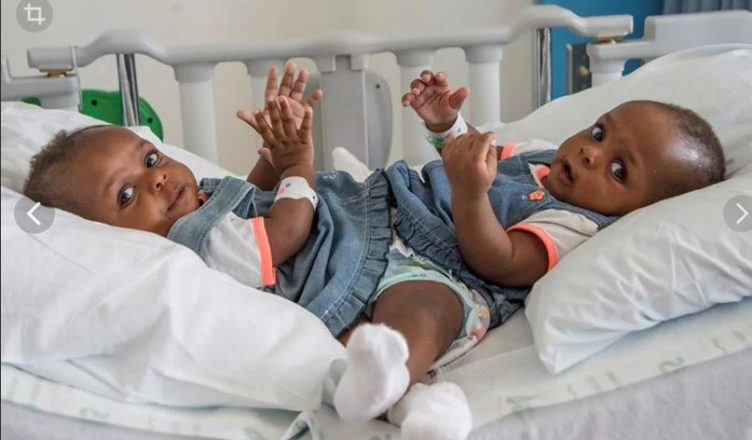 On the night of their first birthday, siamese twins were successfully separated at a Tennessee clinic. 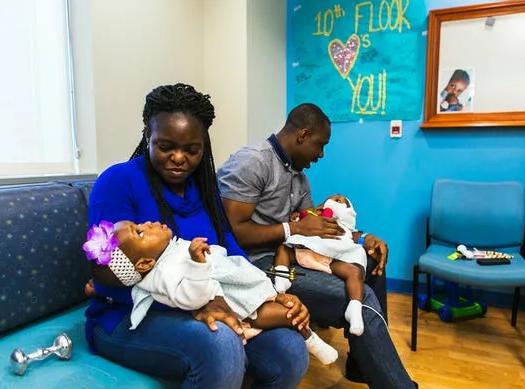 To help with identification, the surgeons gave one of the girls a green cap and the other a pink cap during the procedure.

The same intestine was shared by Miracle and Testimoni, who were joined at the hips. One in five million babies are born like this. 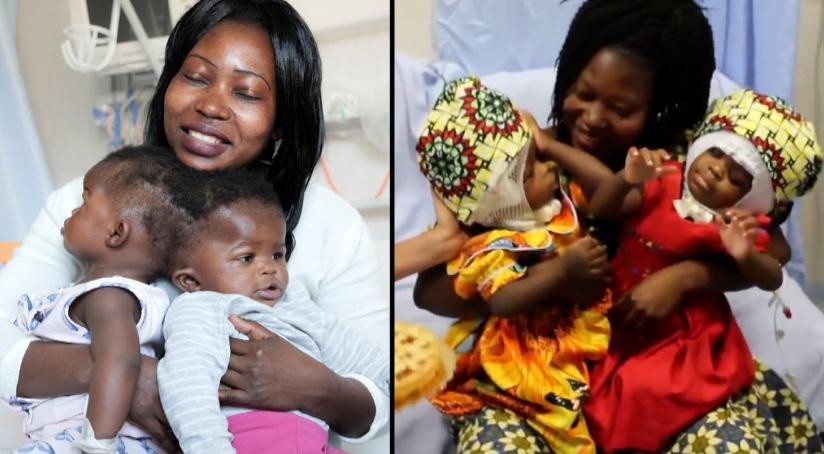 Twenty doctors attended the procedure, and a total of 100 staff cared for the kids. The girls’ future health would be appalling without the surgery, according to surgeon Max Langhem, who oversaw the medical team.

Marvelus, the Ayeni family’s third-oldest child, is three years old. Her mother claims that she looks after her younger sisters.

In order to prevent difficulties, the separated girls will stay in the hospital for a number of additional months after the operation. 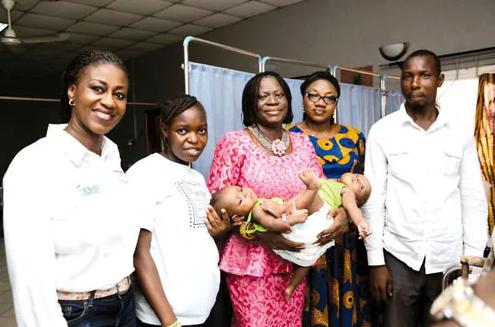 By the way, the Le Bonheur hospital in Memphis has experienced the separation of Siamese twins twice. In 2011, the first such procedure was completed.